We’re not ones to brag, but when SuperTrak™ Conveyance is named one of The World’s Greatest, it is hard not to!

Recently, the crew from the national television show, The World’s Greatest, visited ATS Automation’s corporate head office in Cambridge, Ontario to film and learn more about the SuperTrak™ Conveyance platform. The show, which features top companies, places and products across the globe, spent the day interviewing and filming key members of the team to see for themselves how SuperTrak Conveyance is elevating how manufacturers develop and build their processes.

Over the past few decades, automation in manufacturing has been transforming factory floors and altering the way products are brought to market. SuperTrak Conveyance is the foundation of many fortune 500 companies because of its flexibility and industry leading features.

Now in its third generation, SuperTrak Conveyance platforms are fundamentally changing the way automation cells are designed in order to make them smaller and more efficient. You can read our case study to see how one company gained back 44% of their floor space! As today’s market continues to evolve, manufacturers are being tasked with doing more with less. More throughput, less space. More flexibility, less machines. More automation, less capital. In order to help customers face these challenges in the best possible way, we need the best technology. SuperTrak Conveyance and its combination of features, including industry leading speed and precision, is helping manufacturers achieve more productivity in less square footage more so than any other product on the market. (We said it was hard not to brag!)

What makes SuperTrak Conveyance one of The World’s Greatest is ATS’s pride, passion and persistence in innovation. The SuperTrak Conveyance platform is continually evolving in new and exciting ways which allows manufacturers to reimagine their production processes in ways never before possible.

Want to learn more about why ATS’s SuperTrak Conveyance is one of the World’s Greatest? 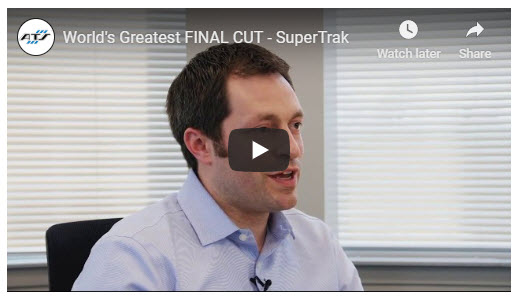 What is Smart Conveyance?

Around the Trak: New Technology and Change Management

How one manufacturing company managed to increase throughput and gain back 44% of their floor space.

Holly is the Marketing Specialist for the SuperTrak Team at ATS Automation. As an experienced digital marketer, Holly is excited to be spreading the word about SuperTrak CONVEYANCE™ and establishing them as leaders in linear motion technology in the automation industry. View all posts by Holly Ritchie